The aim of this post is to control robots using TiVIPE software. A robot, a computer, a router or internet switch, and 2 ethernet cables are required. The document describes in short steps how these components are connected, started, and checked. In addition the steps needed to get check every connection and to get the software working properly within TiViPE are described.

The following steps are useful to take 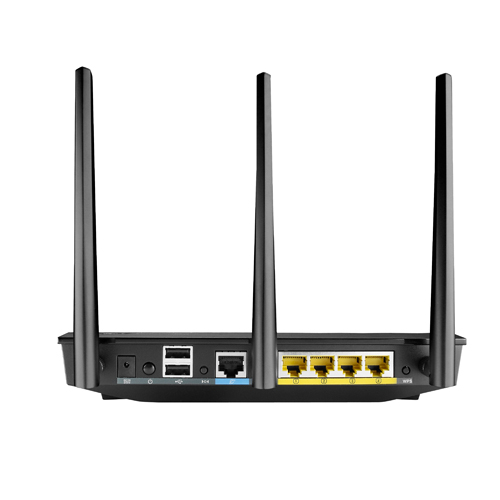 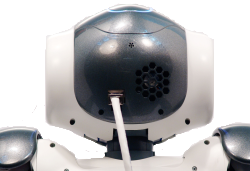 Under windows there are different ways to check the IP-address. One of them is to click the internet connection icon at the right bottom of the screen to verify if there is a connection, or right click the icon and ‘Open the network center’, Figure 2a. In this window retrieve information by clicking on the ‘Details’ button, Figure 2b. The connection details provide the ip address, Figure 2c. 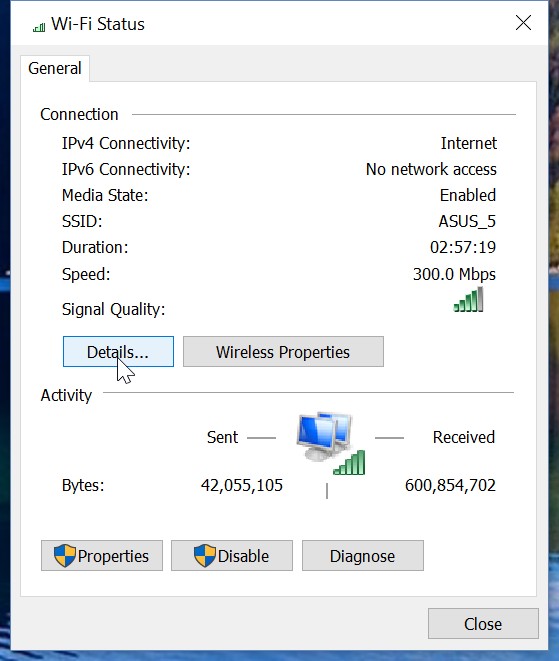 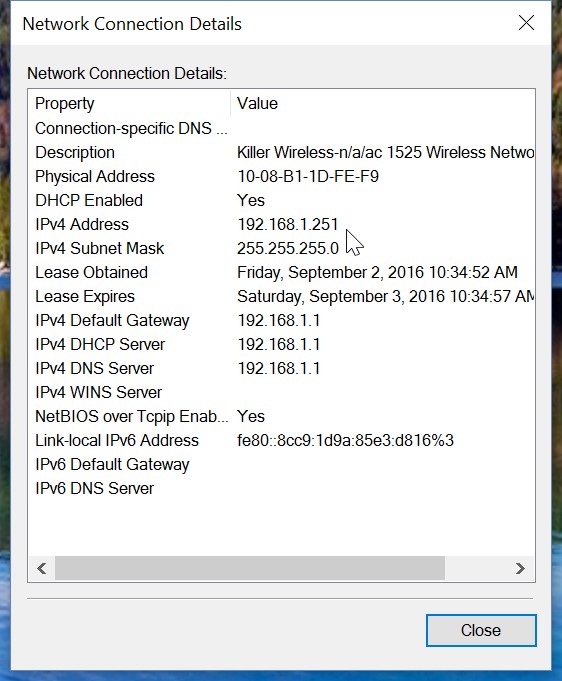 Figure 2: (a)Right clicking on the network icon at the bottom of the screen and slecting ‘Network and Sharing Center’ yields this window. (b) Connection status. (c) Network connection details provides the IP address.

Another approach is using the command line tool. To open the command window goto the ‘Windows’ start button and type

Select the cmd icon and right click the mouse to run ‘cmd’. In the command window type:

as illustrated in Figure 3. 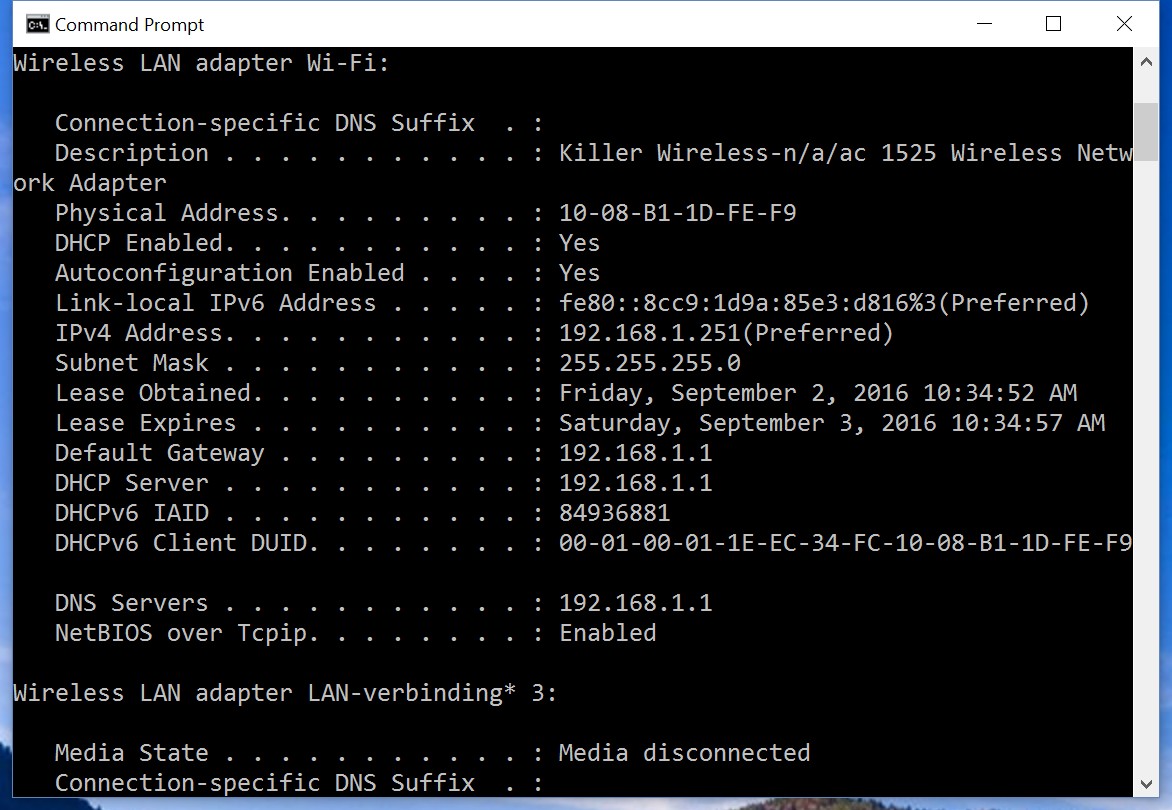 Press NAO chest button for a second or less. The robot will provide information by saying name, ip-address, and battery status. In case of failure the robot will say “can’t connect to the internet”. In the example the robot used IP-address: 192.168.1.55 (wireless) and 192.168.1.145 (wired), but it is highly likely that yours has a different address.

Connecting TiViPE to a remote machine

The connection made from one machine to another (which might be a robot), is performed by setting up a remote link. The first time a connection is set up a key is generated and hence the first time one needs to use the command window as given in Figure 3.

After the command window has been opened. The following commands need to be typed:

Type the appropriate ip-address. When it is the first time a key is created and the user has to enter ‘y’ followed by ‘return’ in the command window. Next the password

needs to be given. This logs you in on the NAO robot. Congratulations a connection to the robot has been established. Being on the robot type

to quit. The whole procedure is illustrated in Figure 4. 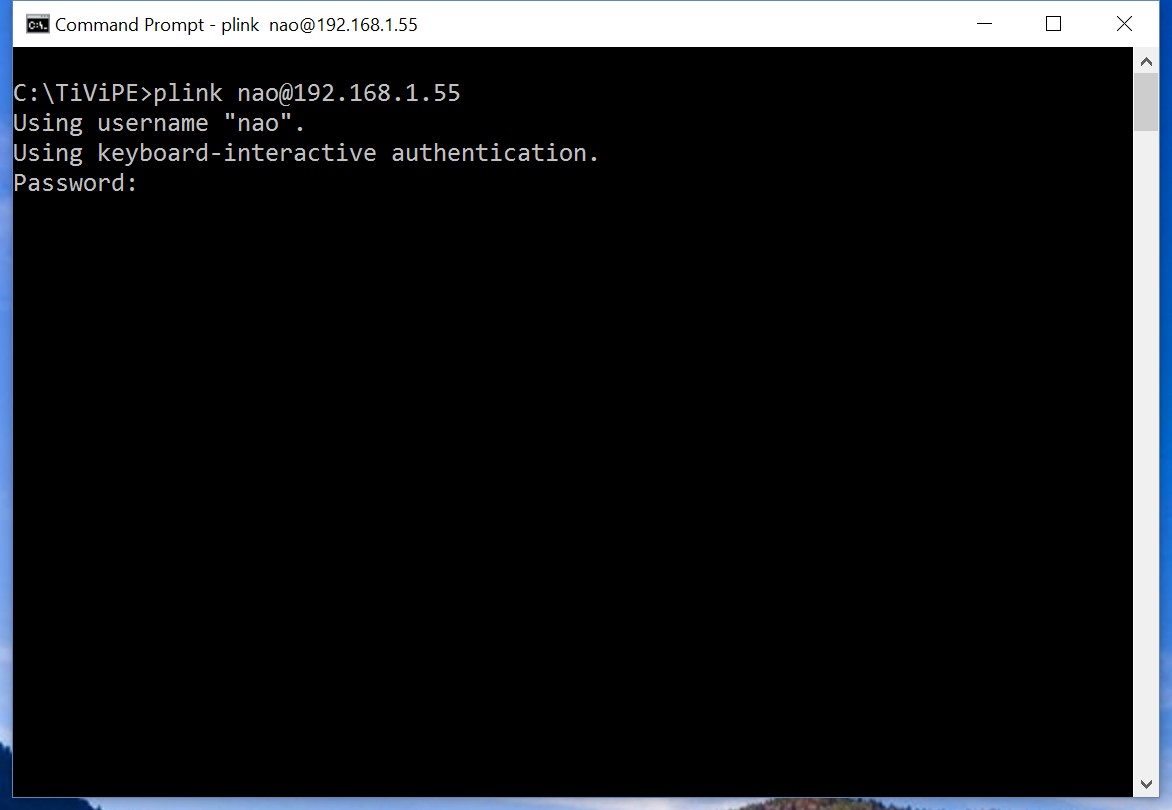 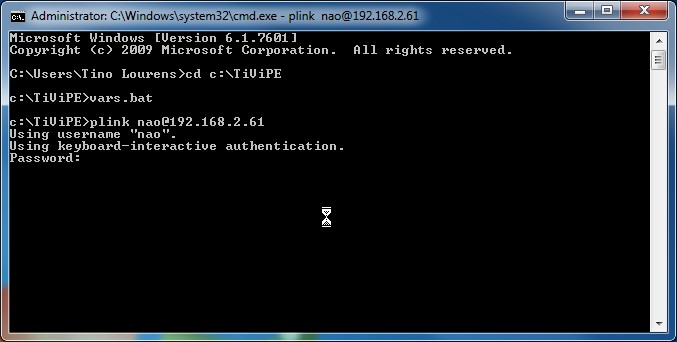 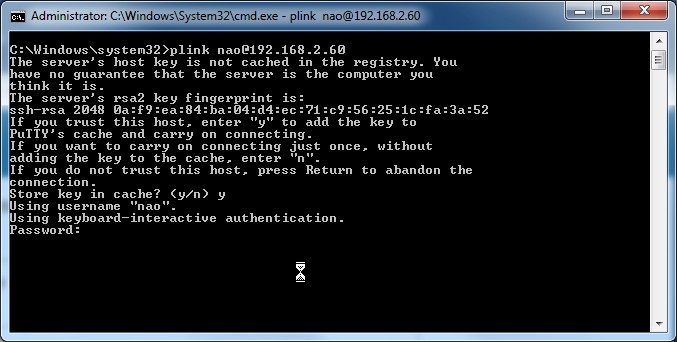 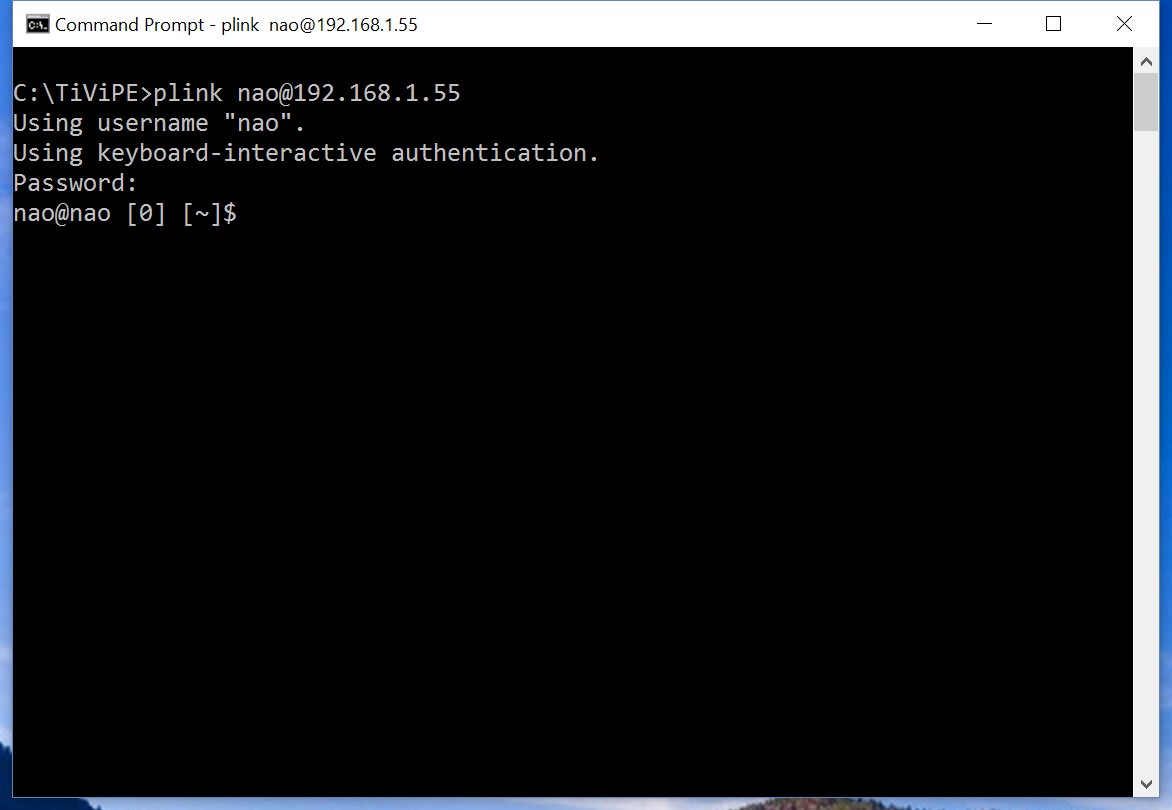 Figure 4: Step by step login procedure. In case it is not the first time the given IP-address is used, the key has been generated already and the user can login immediately. Otherwise the key is generated and the user needs to type ‘y’ before logging in.

TiViPE requires a key to be created in advance, hence the plink procedure needs to be performed for every uniquely created IP-address the first time only.  Within TiViPE this IP-address is provided in a list of remote machines. The list can contain other remote machines that do not necessarily need be present at the moment. If TiViPE is unable to connect it will give a message that it was not able to connect to that particular IP-address, so we can create multiple addresses upfront if desired. Adding remote machines is illustrated in Figure 5. The command

automatically logs on to the robot, allowing the TiViPE environment to send and retrieve data to and from the robot. 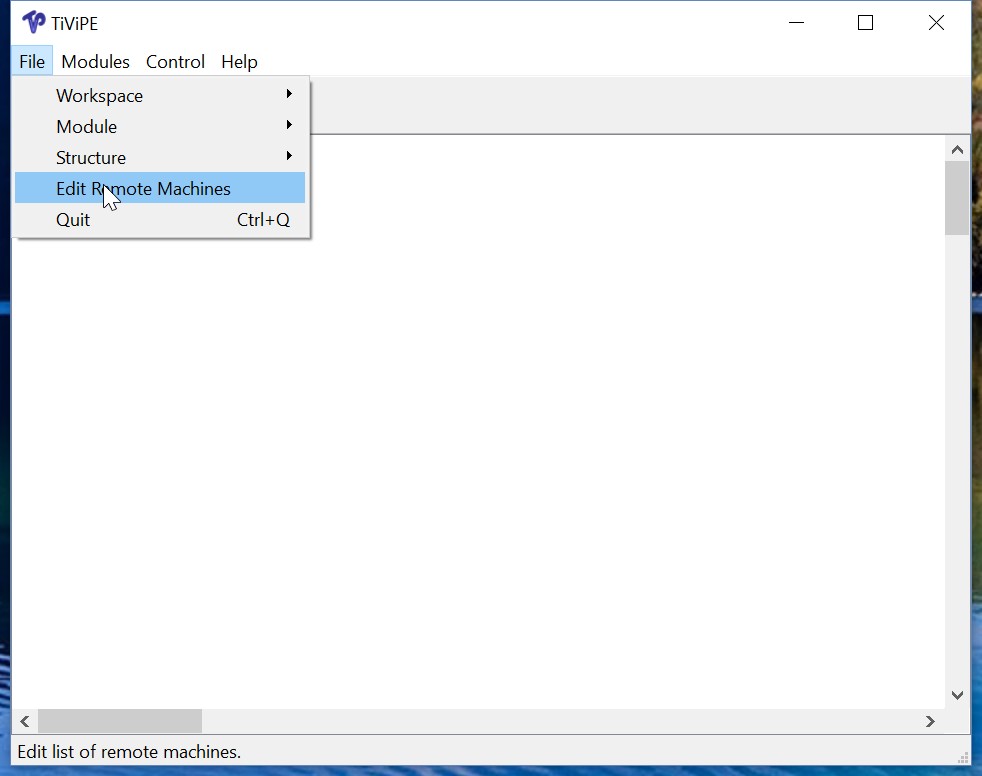 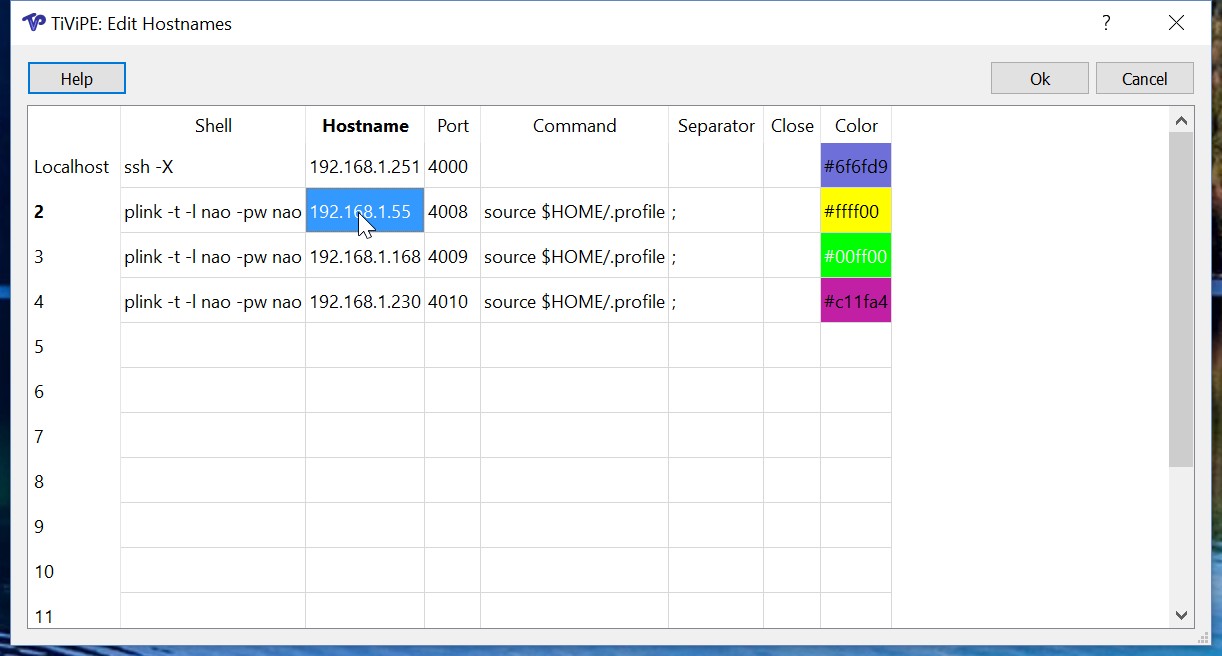 Figure 5: One row is added to the remote hosts tabloid. The shell command is ‘plink -t -l nao -pw nao’, the hostname is ‘192.168.1.55’, the initialization command is ‘source $HOME/.profile. A unique port number needs to be given, starting from 4000, and a unique color to distinguish between the remote machines.

Streaming video within TiViPE is a simple construction of 2 modules, where the top module called ‘FrameGrabber’ is executed on the robot as indicated by the yellow lower left rectangle, and is connected via a light green connection (a socket connection) that can be obtained by right clicking on the connection to the animation unit called ‘YUV16Animate’. The exact parameters are given in Figure 6. Since the NAO robot contains 2 cameras, one in the nose and one in the mouth, it is a simple exercise to duplicate both modules, and change the device number of the FrameGrabber module from 0 to 1. Note to toggle all modules to red colored modules by clicking on the right mouse button on the icon. 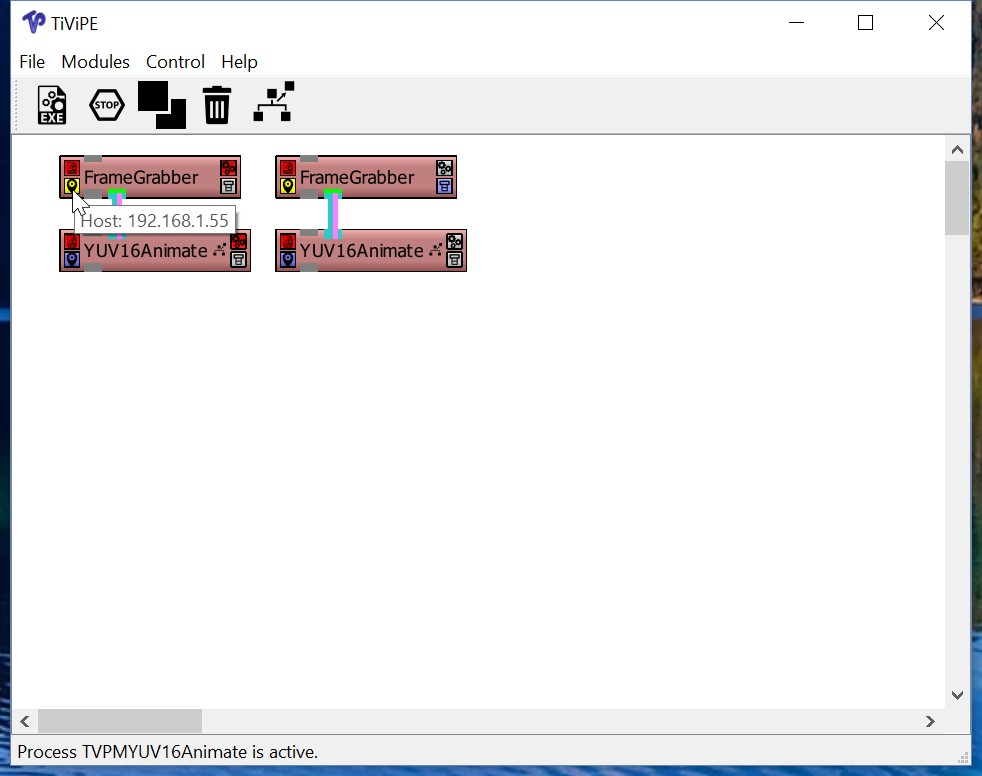 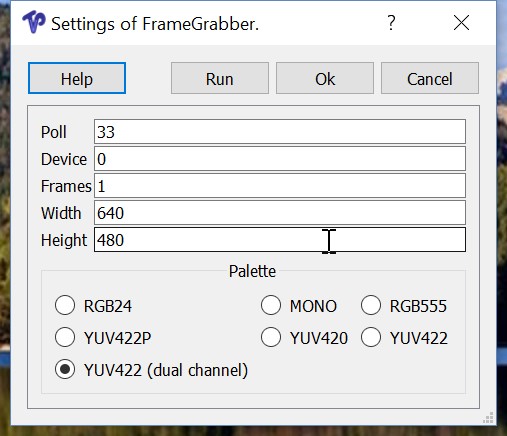 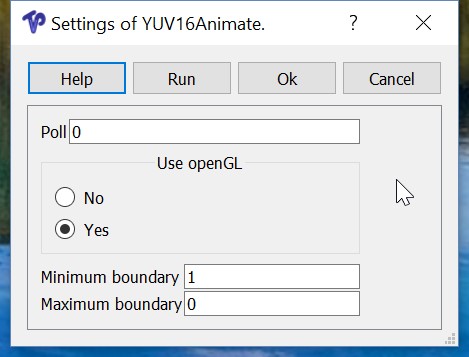 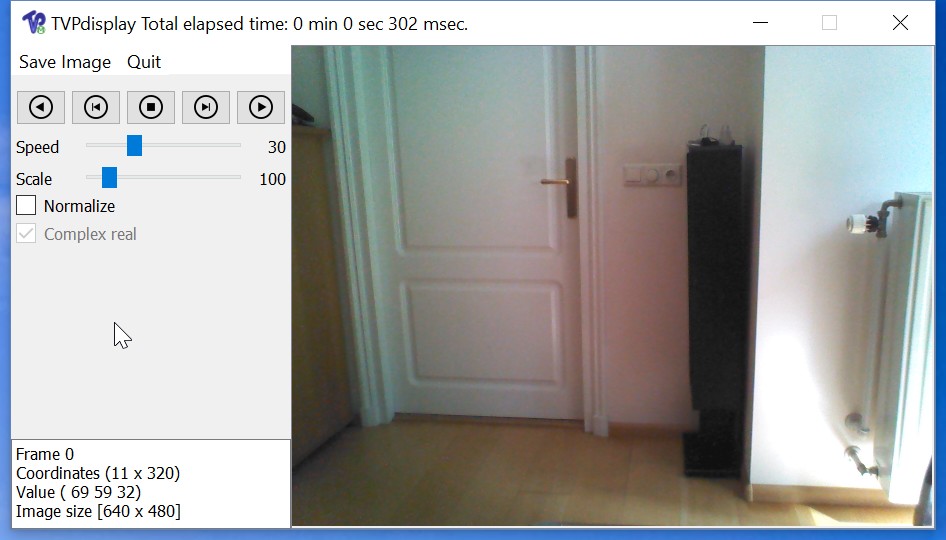 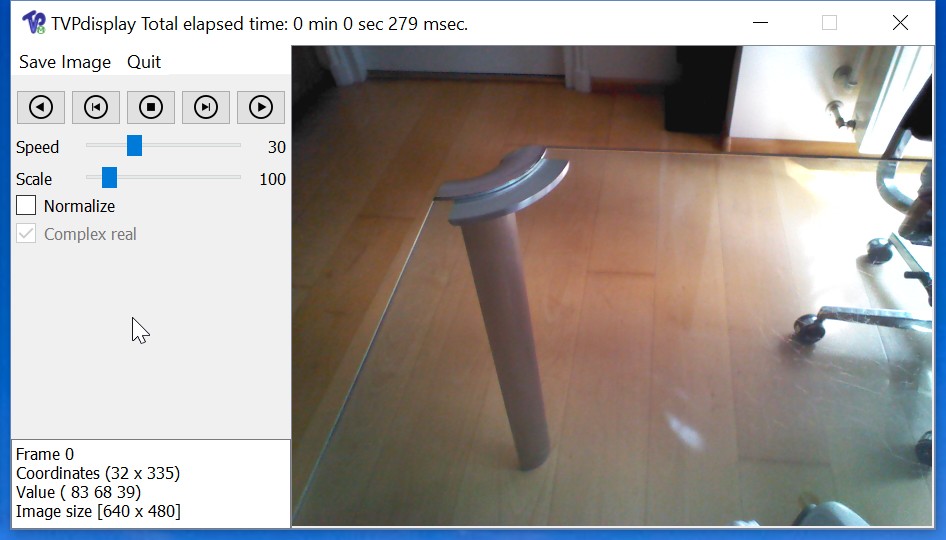 Figure 6: Streaming video obtained from the camera’s on the NAO robot and displayed on the screen of the local computer. (a) The TiViPE network. (b) The parameters used for the FrameGrabber module on the left. Change the device number to 1 for the right FrameGrabber module. (c) The parameters for both YUV16Animate modules. (d-e) Simultaneous recordings from top-nose and bottom-mouth camera’s.

This is done by the construction of a  “Hello world” robot example is given. The robot says “Hello world” using an internal text to speech (TTS) module. An illustration of the hello-world program is given in Figure 7. 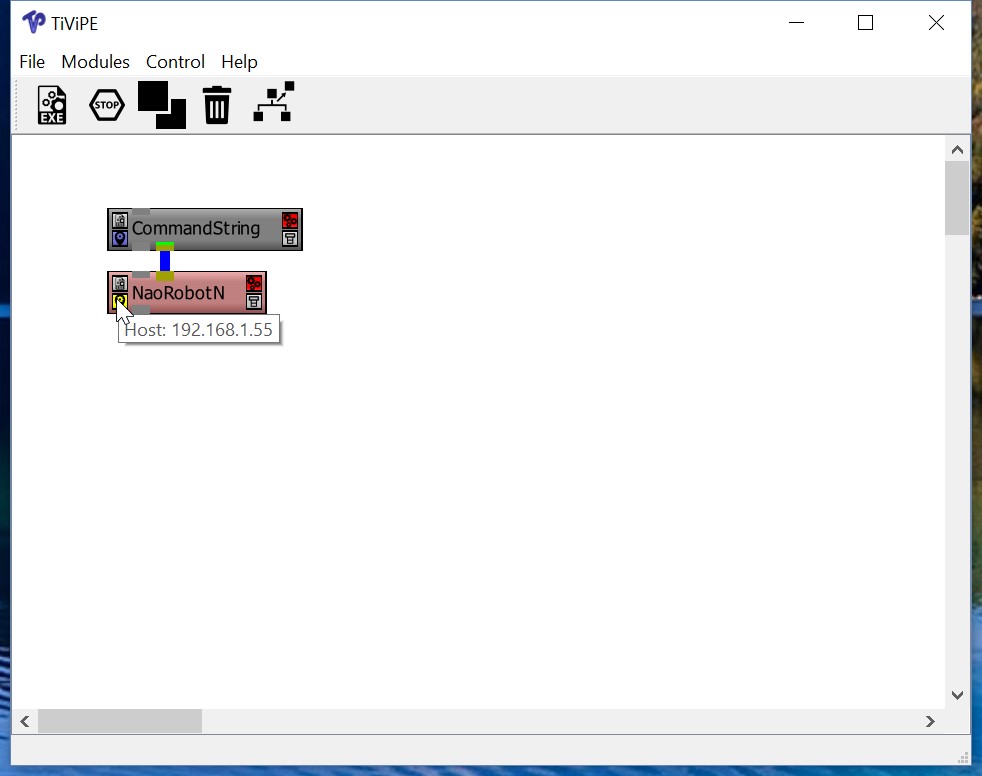 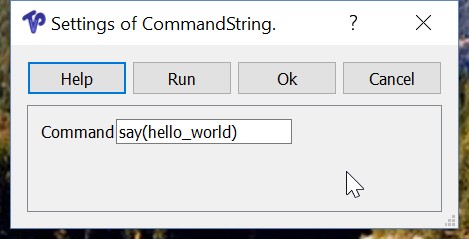 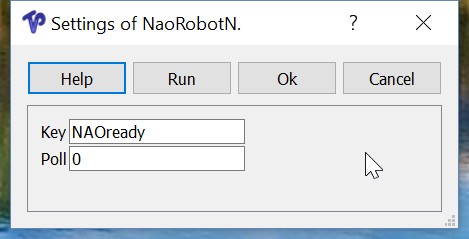 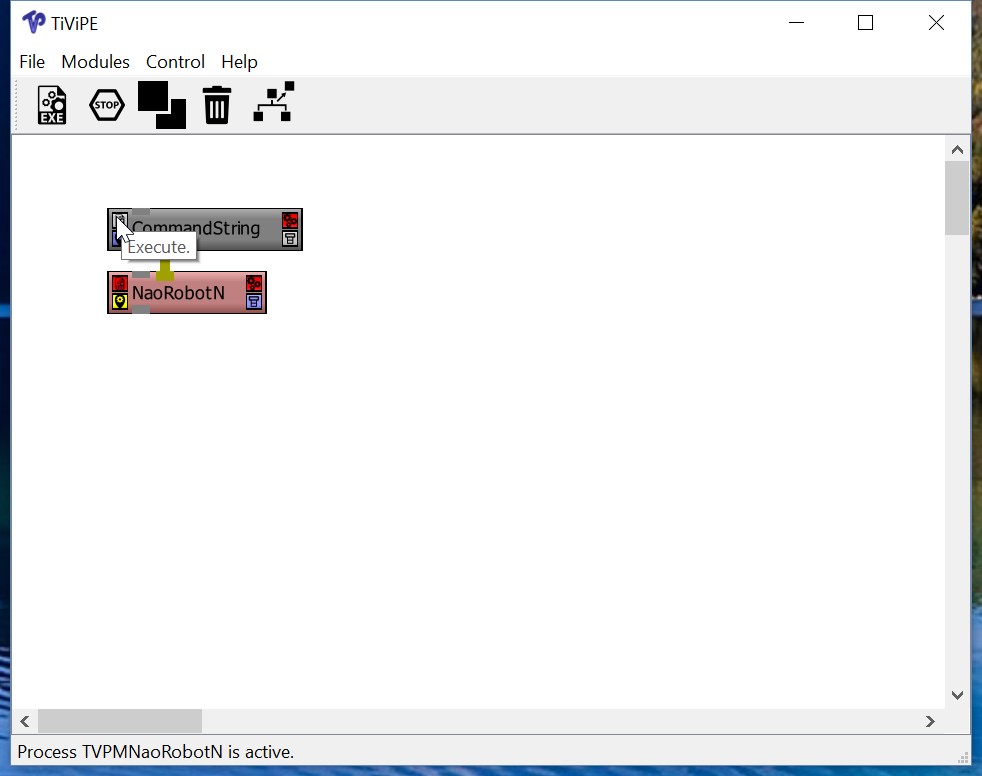 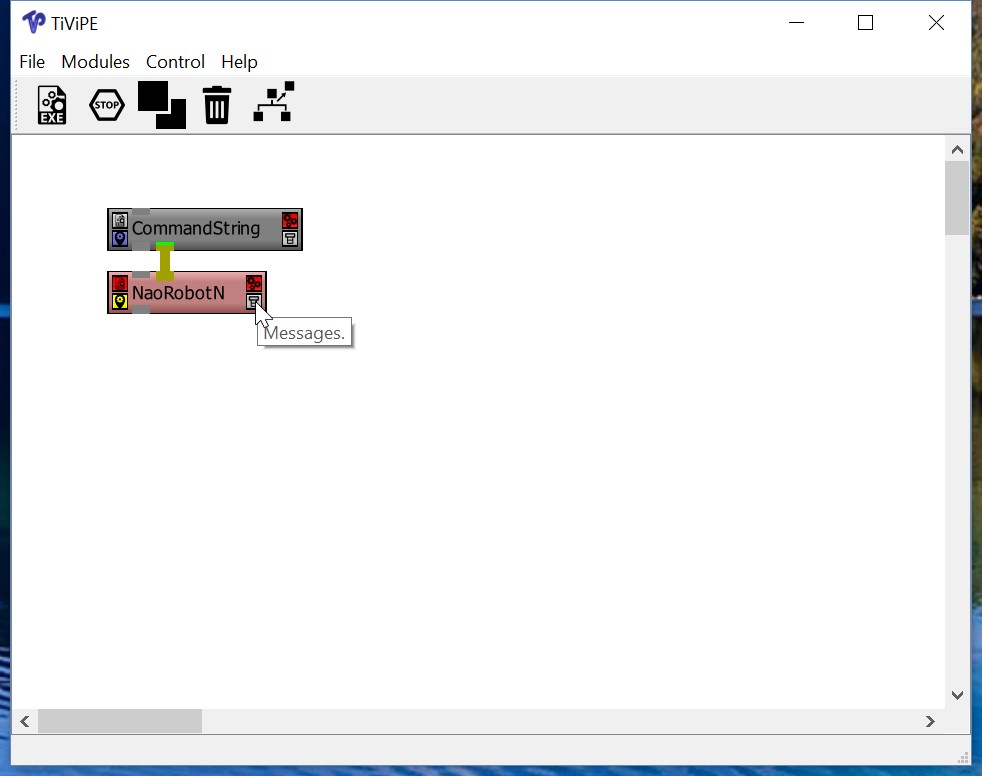 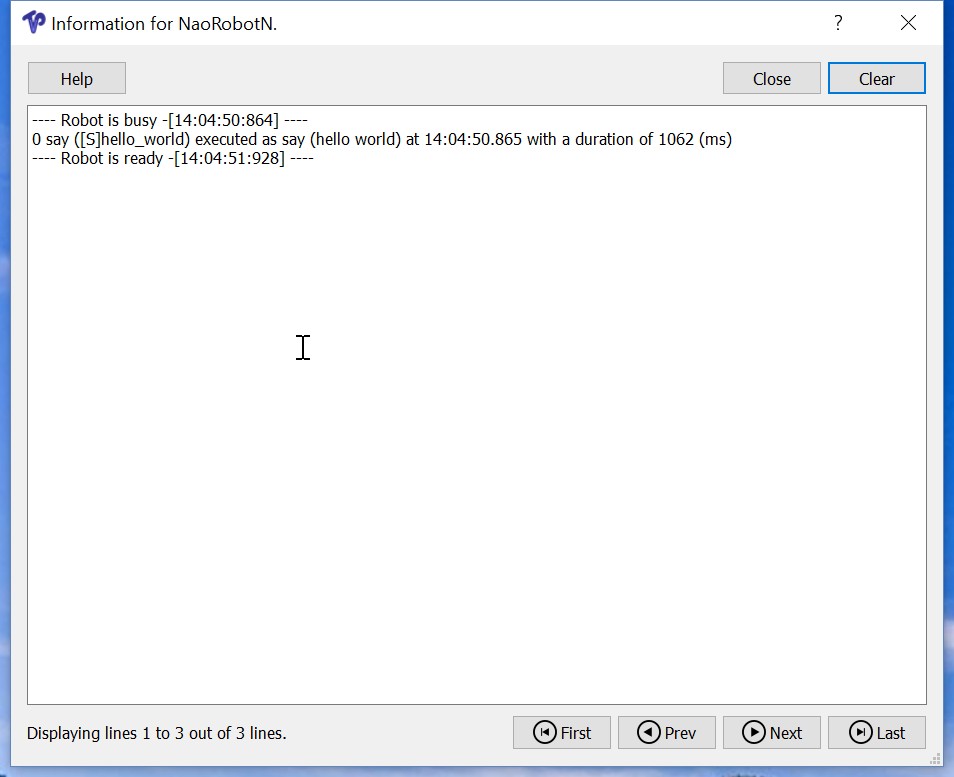 In this Figure 7 blocks ‘CommandString’ and ‘NaoRobotN’ are used. The first module runs locally on the PC while the second is executed on the robot. The first module generates a string command: “say (hello_world)”. This string is send to the the ‘NaoRobotN’ module, interprets the string command, and processes the actions the robot is supposed to do. 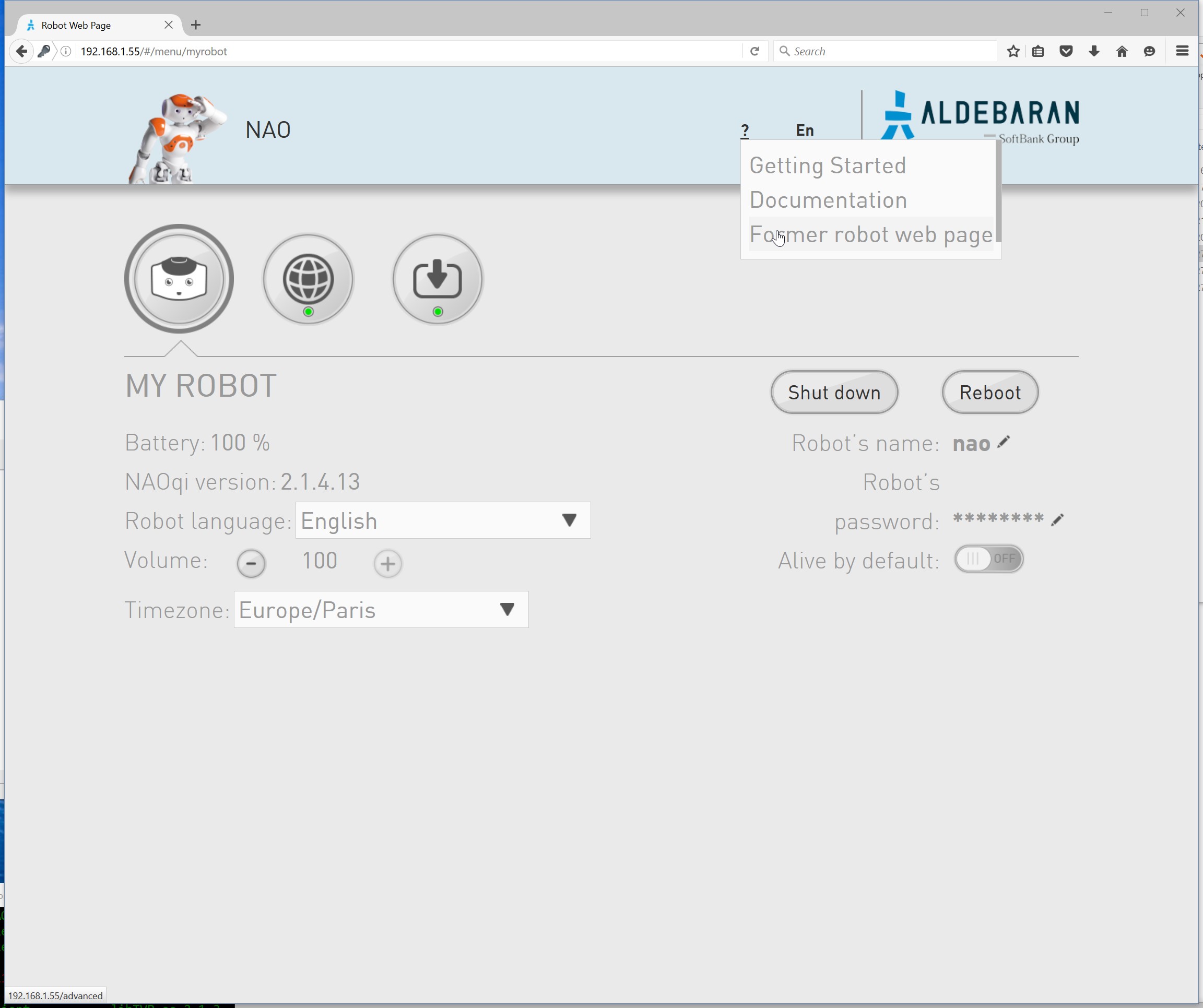 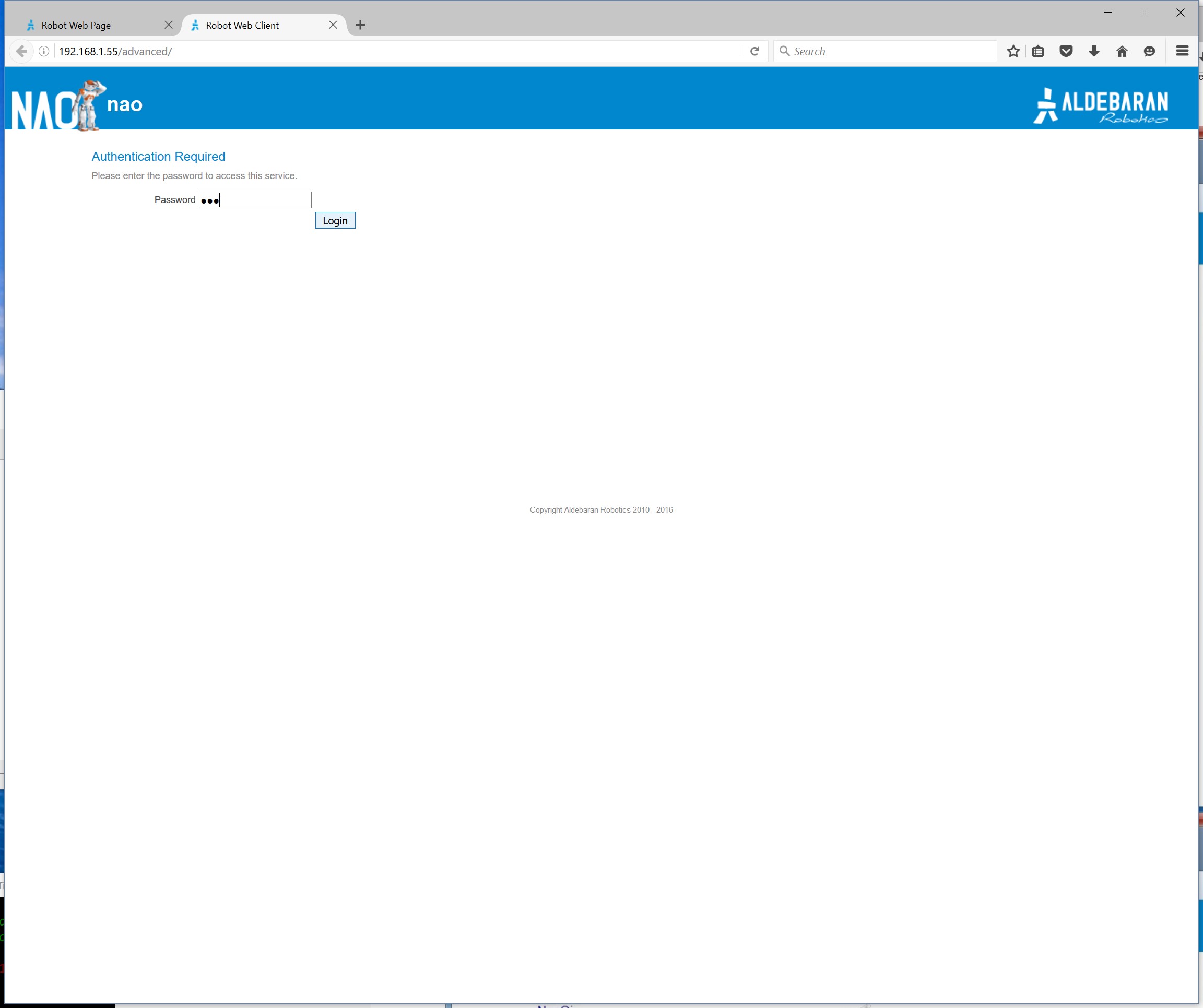 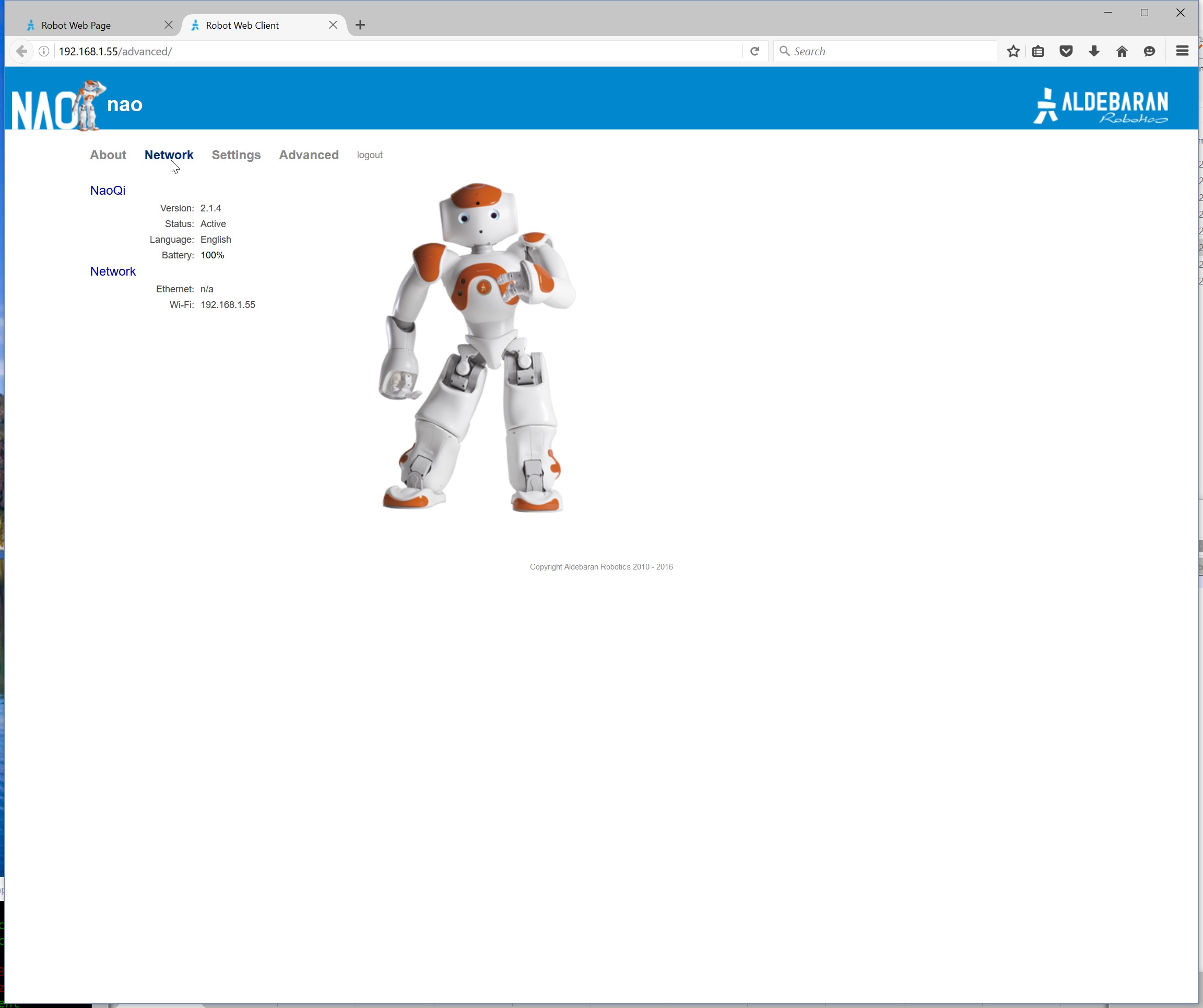 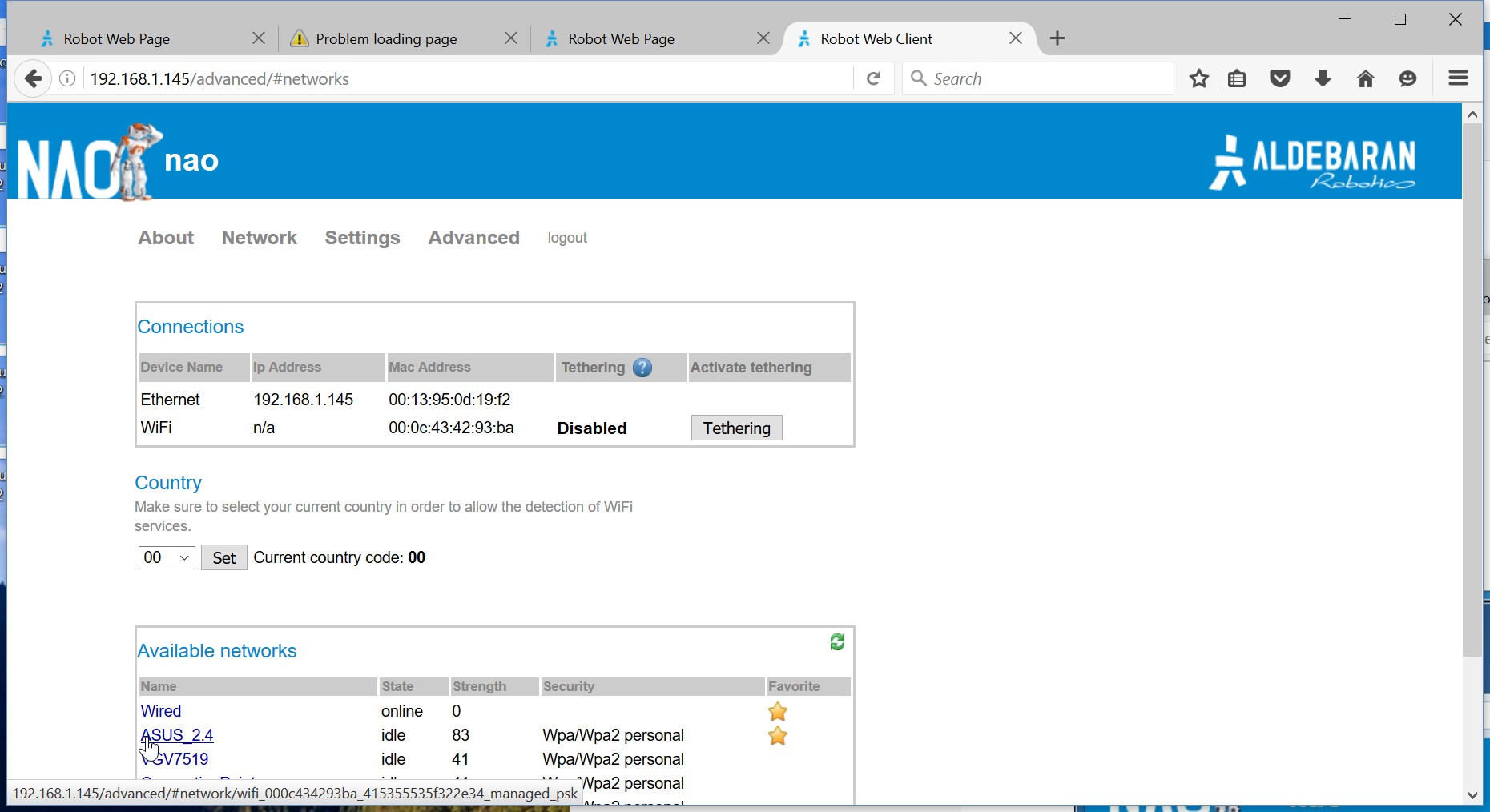 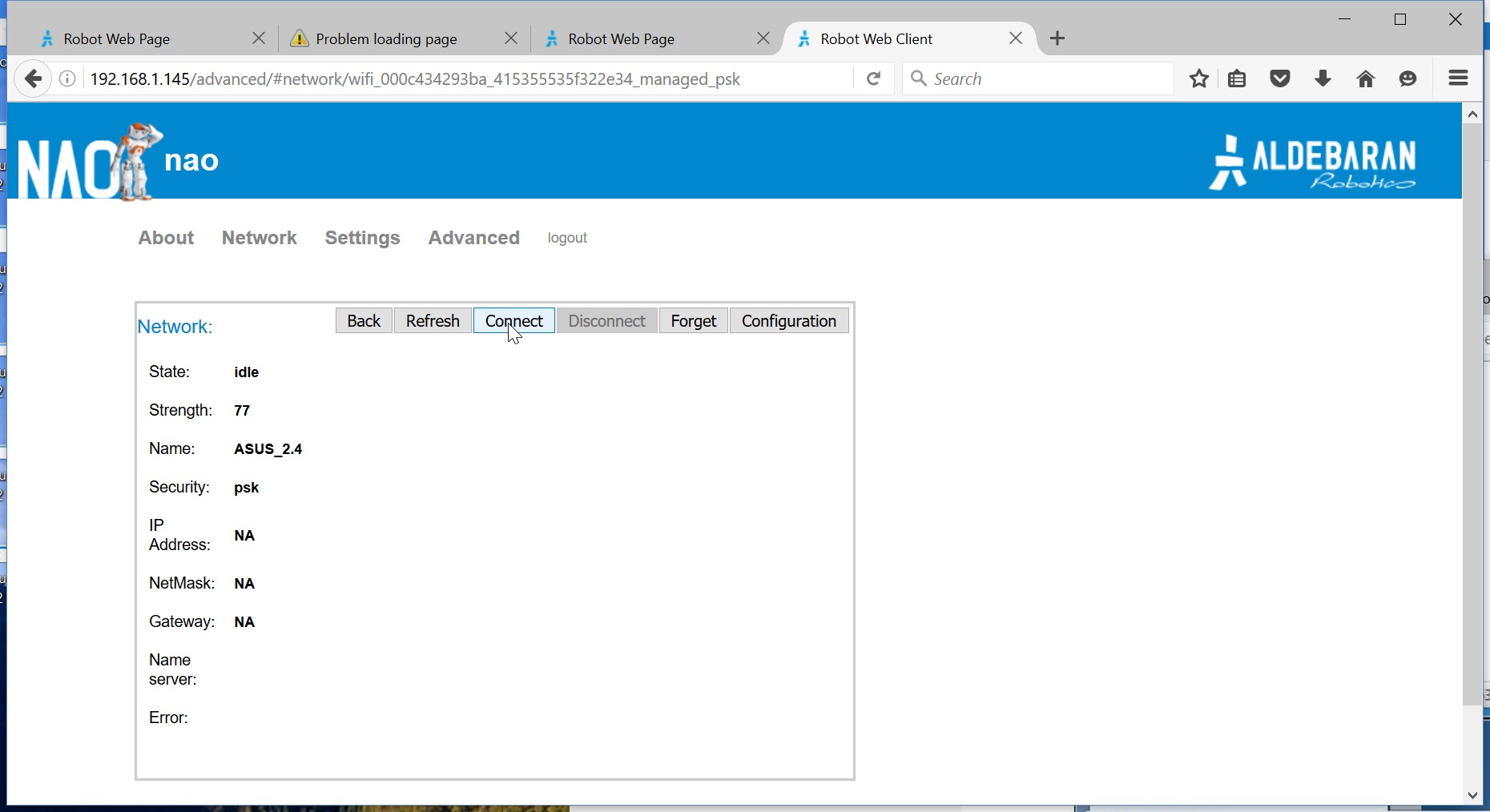 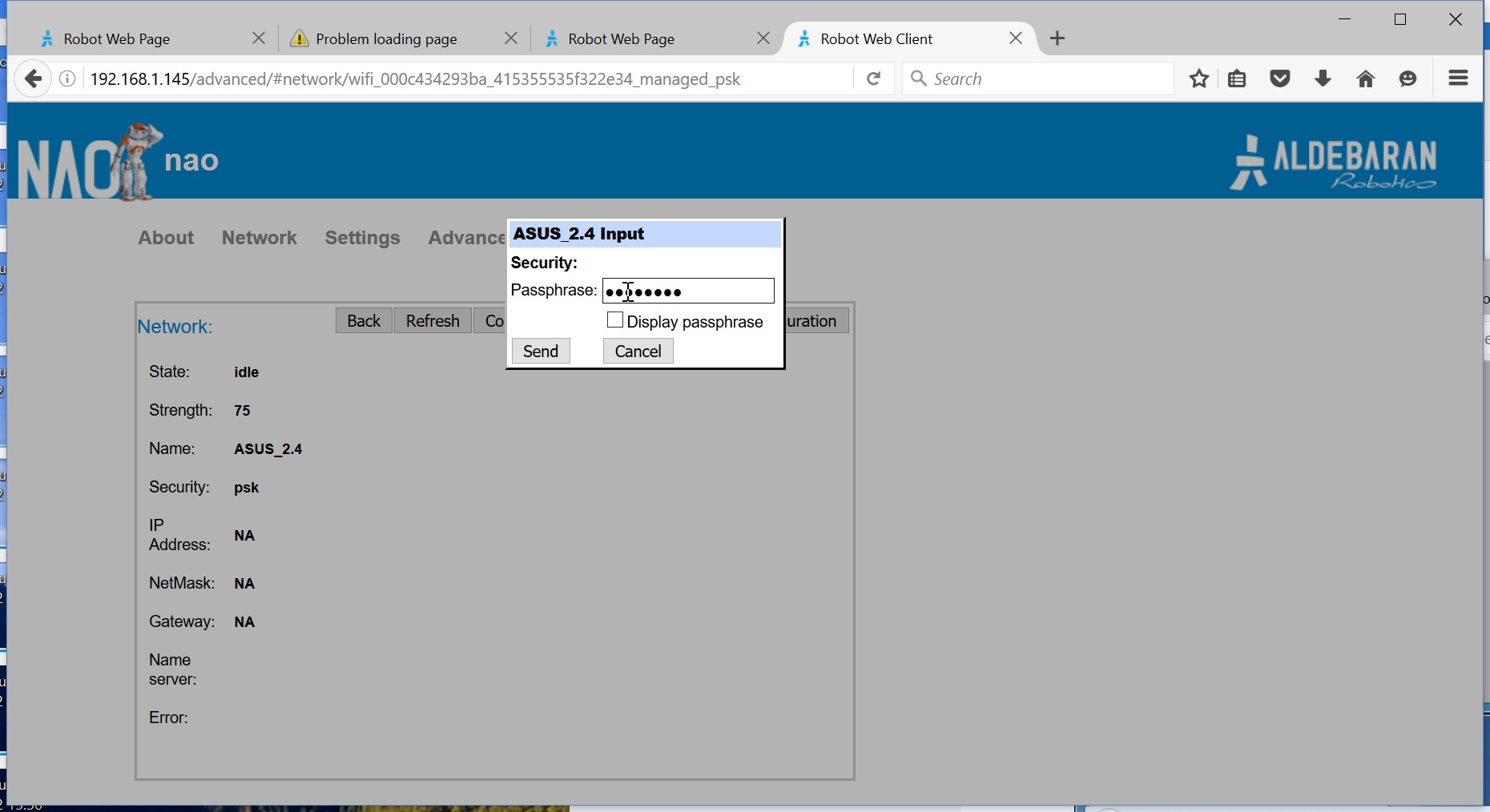 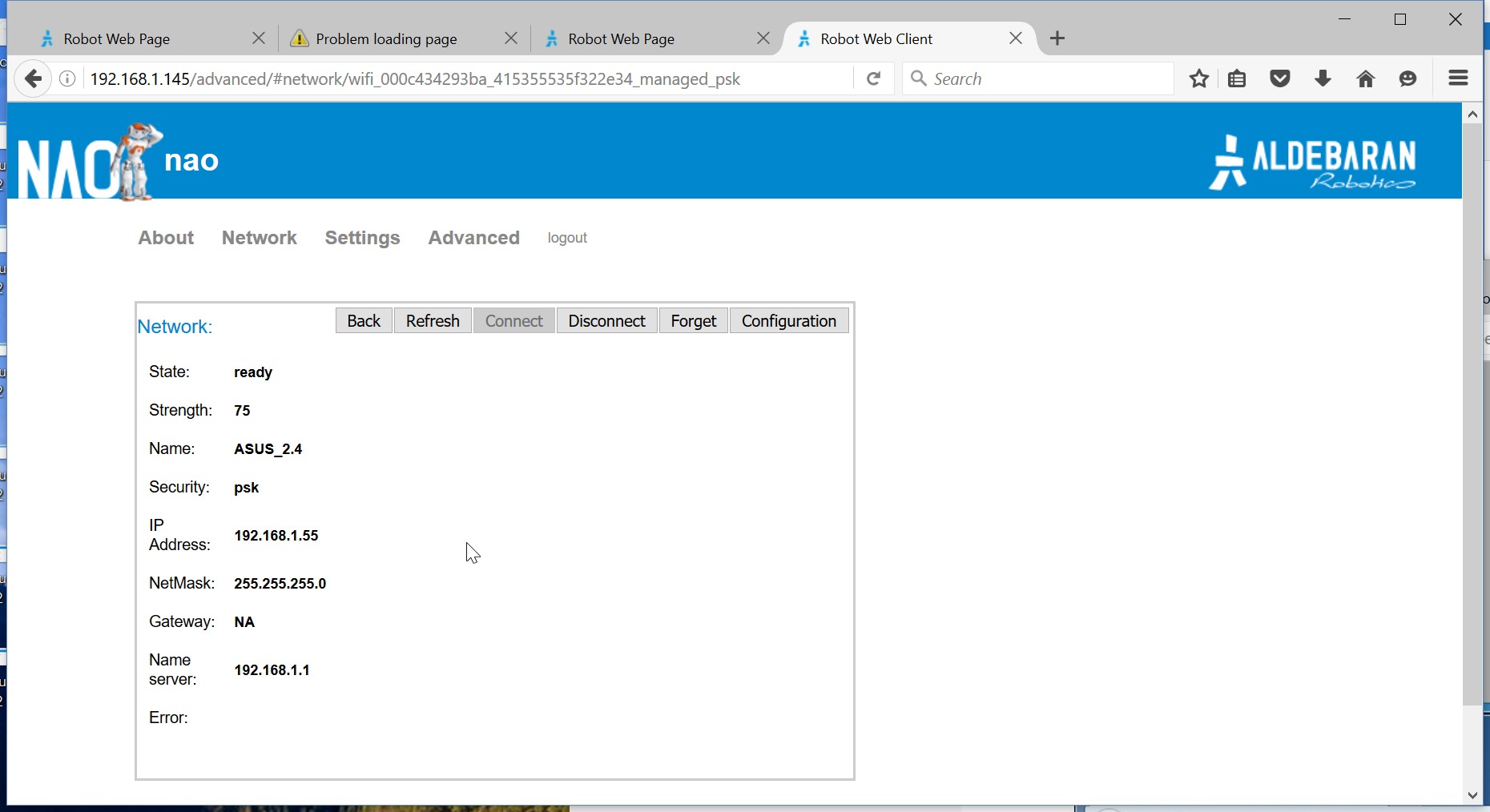 The Login and password for every NAO robot is